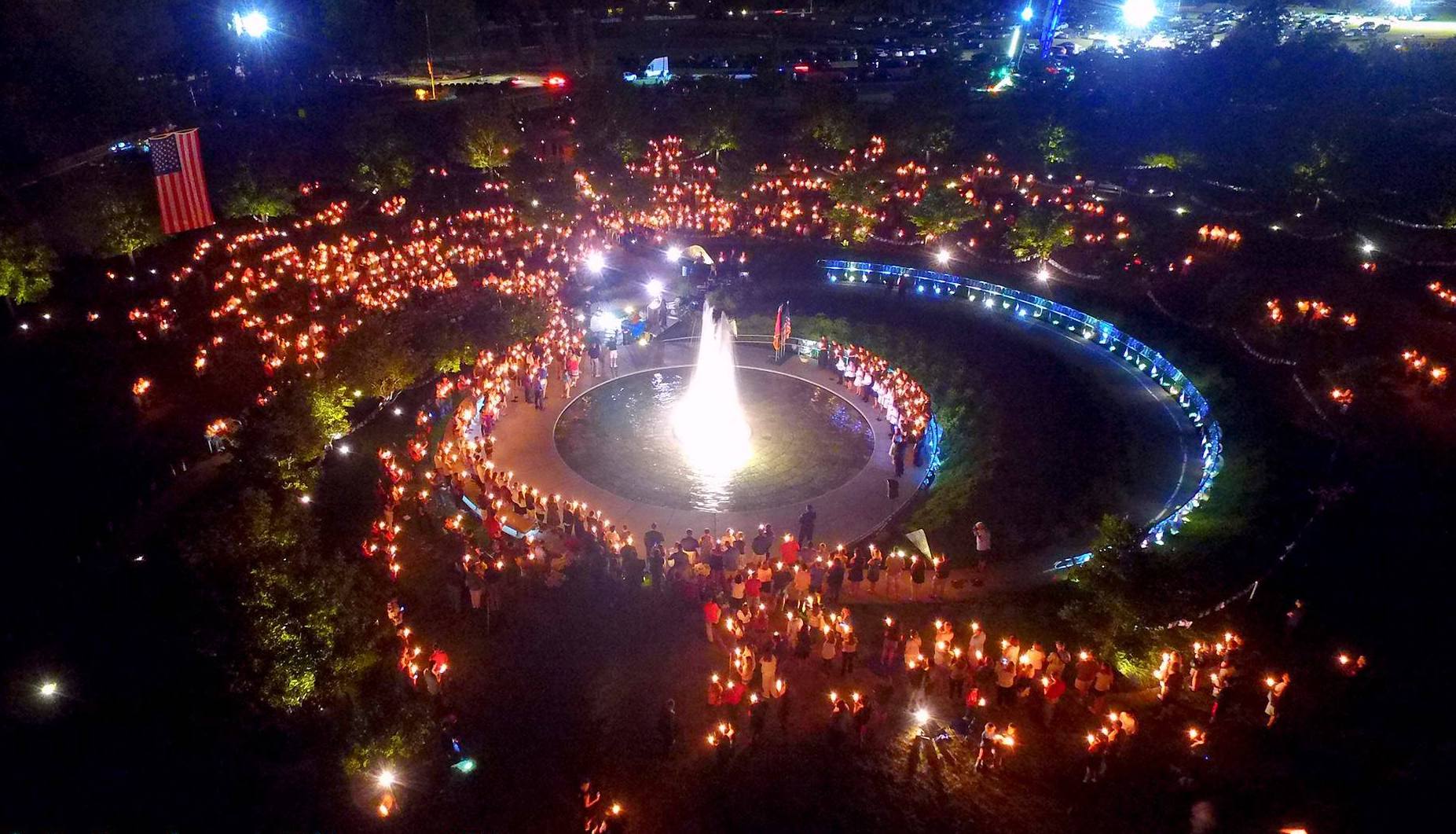 The Garden of Reflection

On September 11, 2001 our country was forever changed by a series of unprecedented events.  That day 2,973 people were killed in a series of targeted attacks.  The World Trade Center in New York City, The Pentagon in Washington DC, and an open field in Somerset County became the battlefields where thousands perished. Thousands of acts of valor followed in response to these despicable acts.

As our shocked and saddened country processed the events, a group of residents from Lower Makefield Township who lost loved ones in the attacks looked for a way to remember and honor them.  Eighteen residents of Bucks county and nine from Lower Makefield Township were lost during these attacks, the highest losses throughout Pennsylvania.  The 9-11 Memorial Garden of Reflection was created in Memorial Park on Woodside Road to honor those lost and is both a Bucks County and Pennsylvania’s Official state 9/11 Memorial.  Since its dedication in 2006, this Memorial has been a place of community gathering and healing.

On this 21th commemoration of the 9/11 attacks, The Garden of Reflection will host two distinct ceremonies to commemorate the tragic events.

The day will start as we honor those who were lost by marking the chronological events. There will be a ceremony starting at 8:30AM followed by time to reflect and visit the memorial.

A night ceremony will begin at 7PM to include speakers and patriotic songs with a message of Healing and Hope.

The Tribute Flag will once again be hoisted and lowered to half-mast and remain in the Flag Circle in Memorial Park through September 11th. This sign of respect will start at 7PM on Friday, September 10th. The Tribute Flag is the only flag that has been flown over all three crash sights as well as The Garden of Reflection. American Airlines Captain Steven Verdi started the journey flying the flag over the World Trade Center site. The flag was handed off to Lieutenant Colonel Sam Irvin who flew the flag over the Pentagon. In the last part of the journey, American Airlines Captain Peter Maniscalco flew the flag over the open field in Somerset County, Pa. crash site with Ellen Saracini, widow of United Airlines Captain Victor Saracini whose plane was commandeered and flown into the South Tower. The Tribute Flag was “brought home” on its last part of the journey as it circled around The 9-11 Memorial Garden of Reflection.

The “Remembrance Fund” endowment will support the maintenance of the memorial in perpetuity. For those wishing to support The Garden and ensure its legacy, please visit https://www.9-11memorialgarden.org/donate/and help guarantee its light will continue to overcome the darkness. Any donation over $2,500 will be displayed on Endowment Donor Plaques located in The Garden.