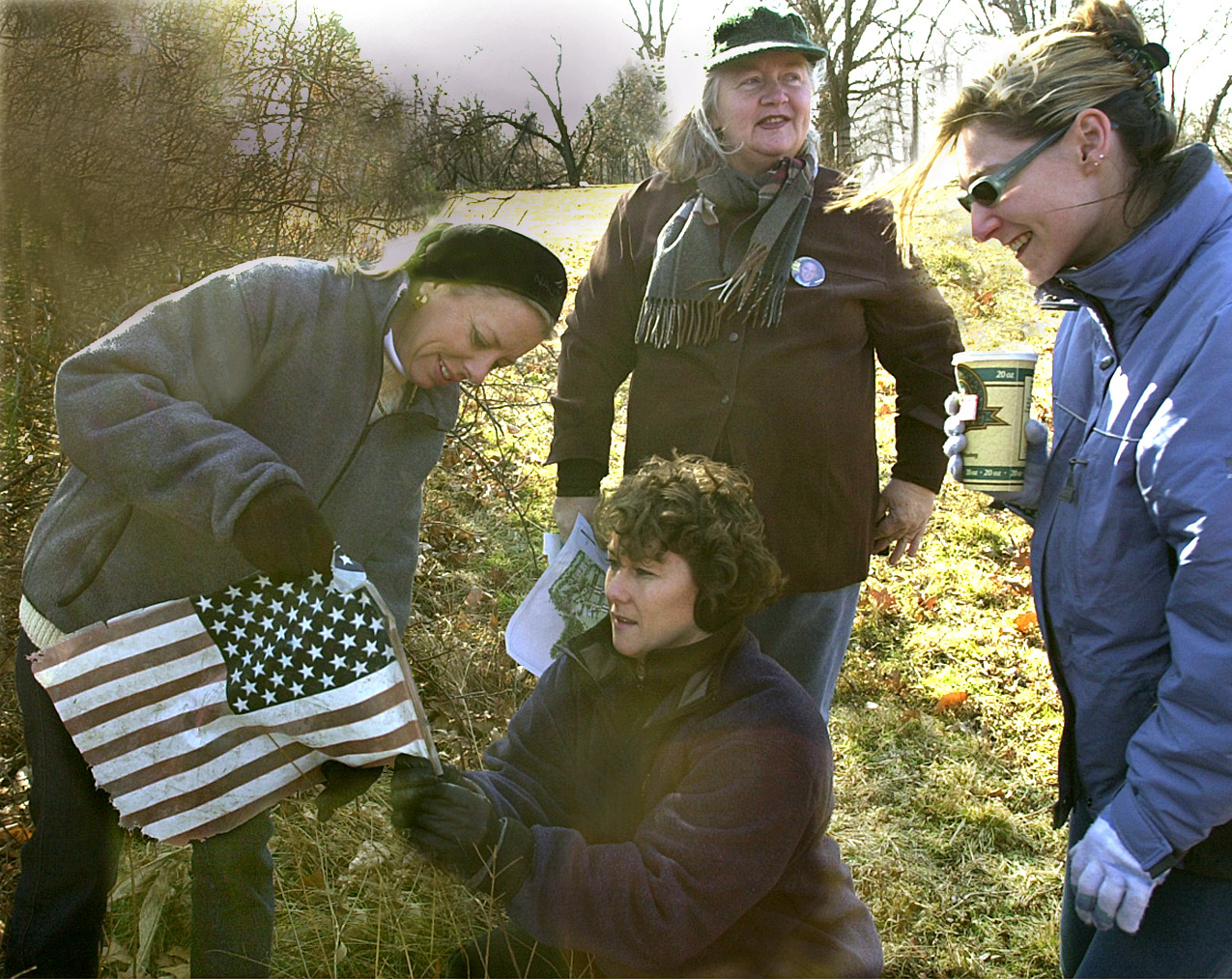 Fiona Havlish and Ellen Saracini straighten up an American flag they found in the brush at the site they were looking at for a memorial. Grace Godshalk and Tara Bane look on………………..Photo/Gentile 01/18/02 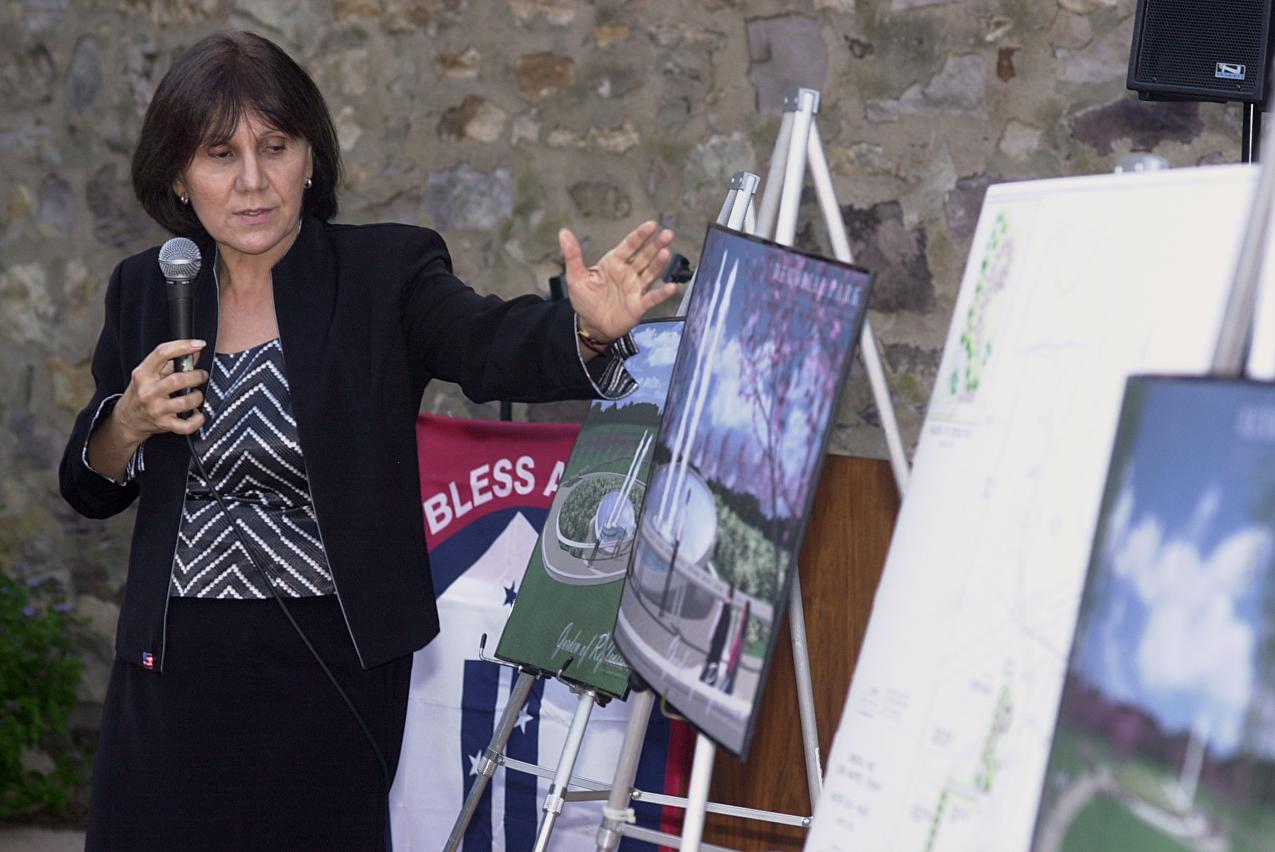 Liuba P. Lashchyk speaks at the fundraising event in Doylestown with her designs….Courier Times photo by Joe Dixon 9/5/02

The seeds of The Garden were planted following the September 11, 2001 terrorist attacks when the Lower Makefield Township Board of Supervisors  Fred Allan, Frank Fazzalore, Scott Fegley and Wes Hackman, (with Grace Godshalk unable to attend), proposed a memorial be erected to honor the Lower Makefield Victims.

In the months that followed, Ellen Saracini, Grace Godshalk, Fiona Havlish and Tara Bane, all family members of 9/11 victims, formed a committee to create an appropriate memorial to honor those nine township residents.  The scope of the project grew to include the seventeen Bucks County victims and, ultimately, all 2,973 victims killed in the attacks.  Later, Family members Clara Chirchirillo and Bill Kelly, Sr. joined the volunteer committee.

On a cold winter day in 2002 committee members Ellen, Grace, Fiona and Tara found a tattered flag caught in the brush in an undeveloped township park.  This was to be the omen that marked the spot for the future memorial.  In May of that year, Lower Makefield Township board of supervisors approved the committee’s recommendation to build the memorial at that location.  The committee and the Lower Makefield Park and Recreation Board recommended changing the name of the park to Memorial Park.

In October 2003 the Board of Supervisors approved the engineering firm of Boucher and James to prepare a master plan for the park that would include a location for the memorial.

In December 2004 the Board of Supervisors awarded A.H.Cornell and Son, Inc., the contract to construct Phase One of Memorial Park which brought a road and infrastructure back to the memorial site.

The Garden of Reflection Committee, with the assistance of LMT manager Terry Fedorchak, interviewed firms interested in designing the memorial.  Yardley architect Liuba Lashchyk, AIA was selected. The fundraising was officially launched with the unveiling of the design for The Garden at a gala reception at the Michener Museum in Doylestown in September 2002.

Ms. Lashchyk designed The Garden of Reflection as a gathering place which invites us on a contemplative journey of Remembrance, Reflection and Healing.  This memorial journey leads from sorrowful reminders of tragedy and grief towards luminous symbols of Hope, Peace and Celebration of Life. 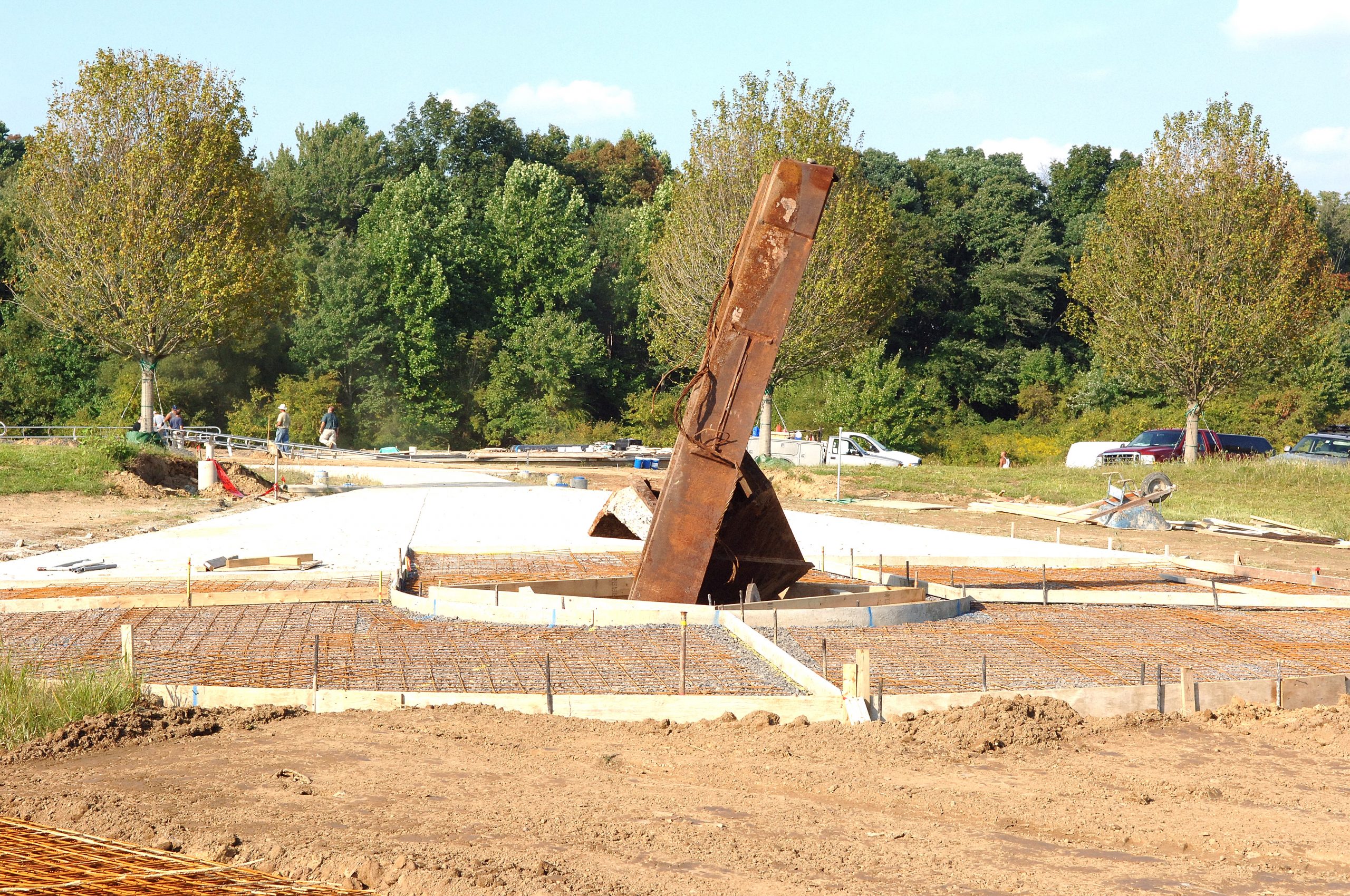 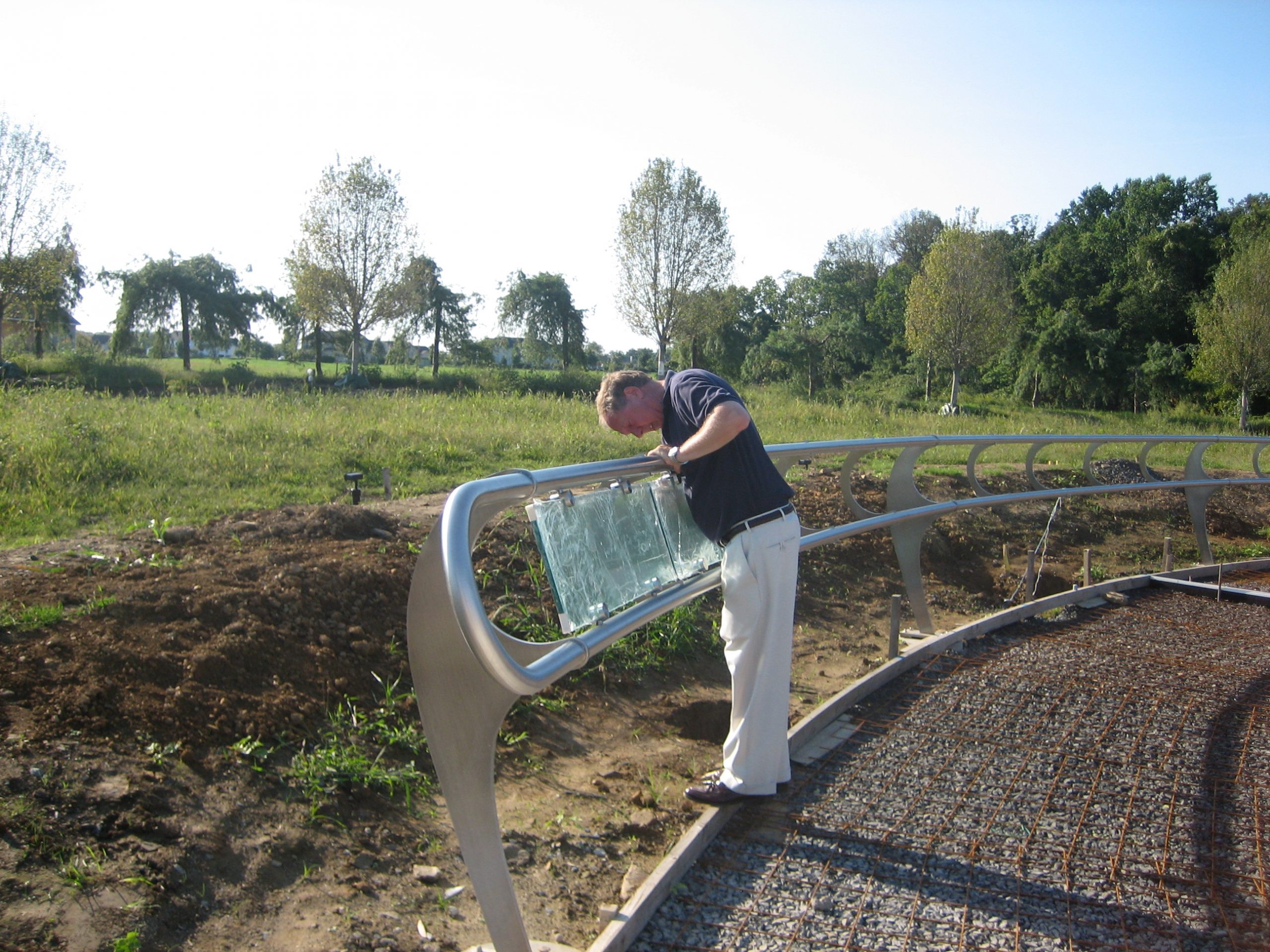 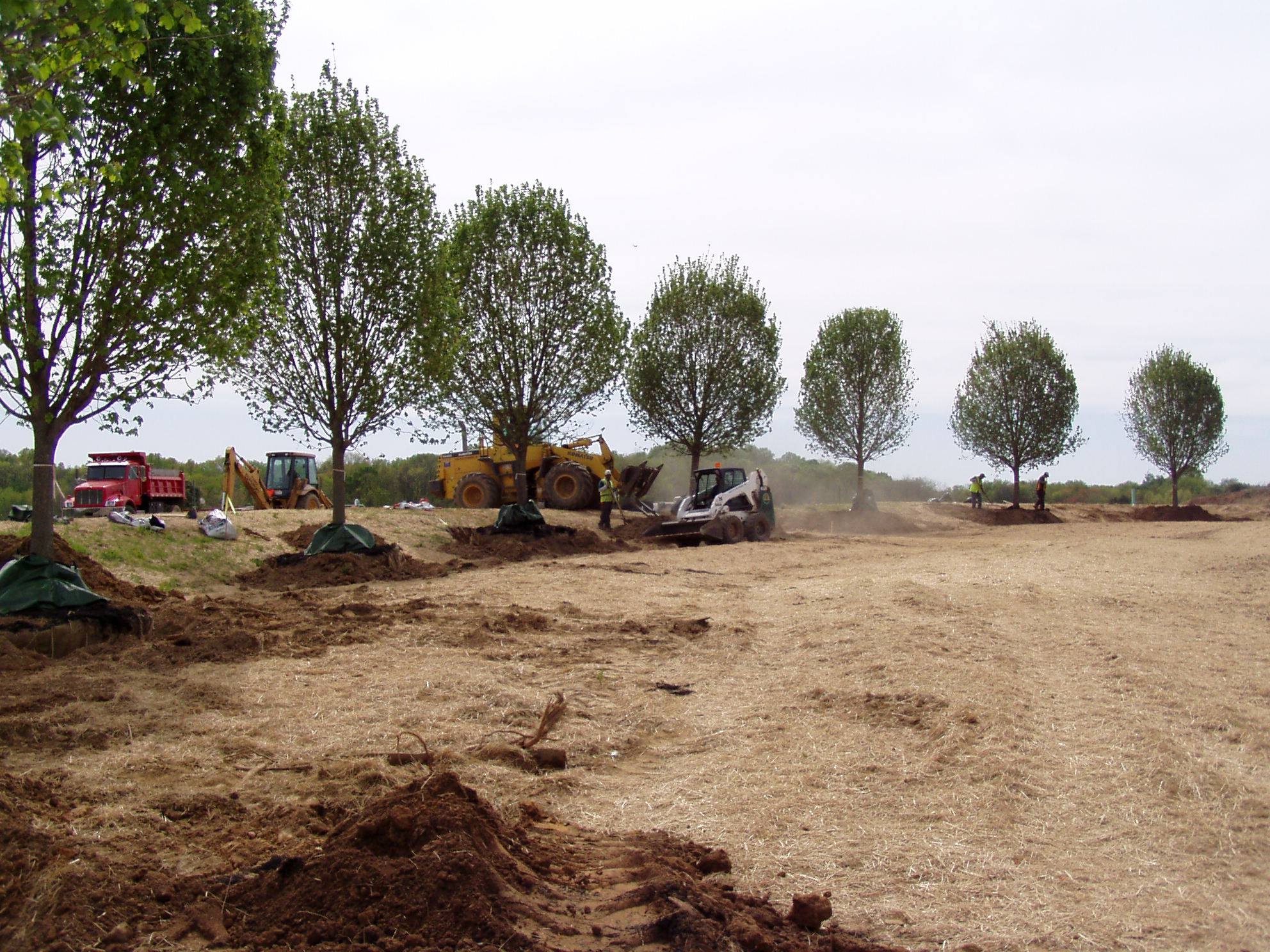 The tear shaped forecourt displays fragments from the ruins of the World Trade Center. Etched in glass along the Remembrance Walk are the names of the 2,973 September 11th victims.  The maple trees at the outer berm represent the Bucks County residents lost in the attacks, while the forty-two lights along the Spiral Walk represent the forty-two Pennsylvania children who lost a parent that day. 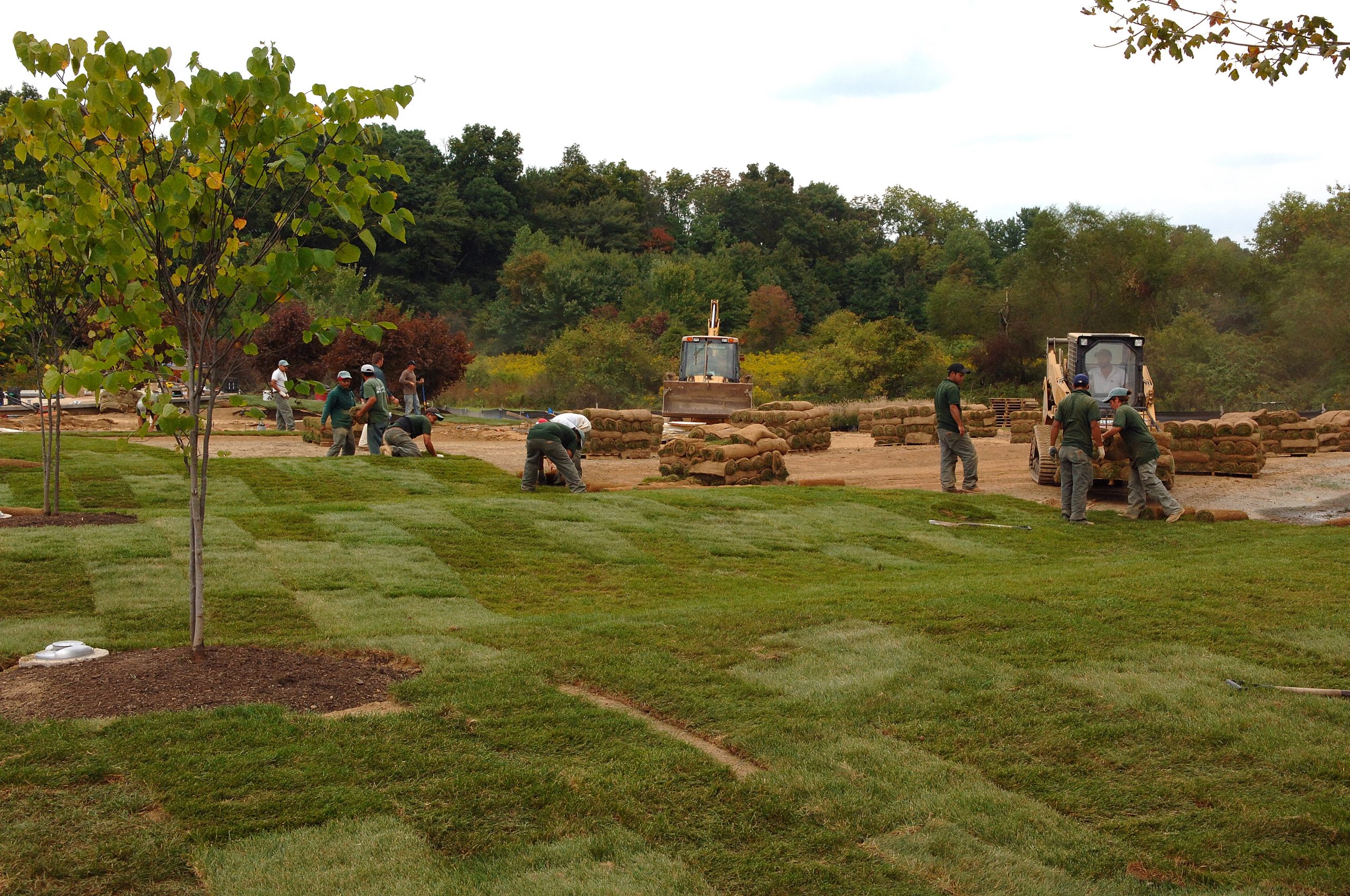 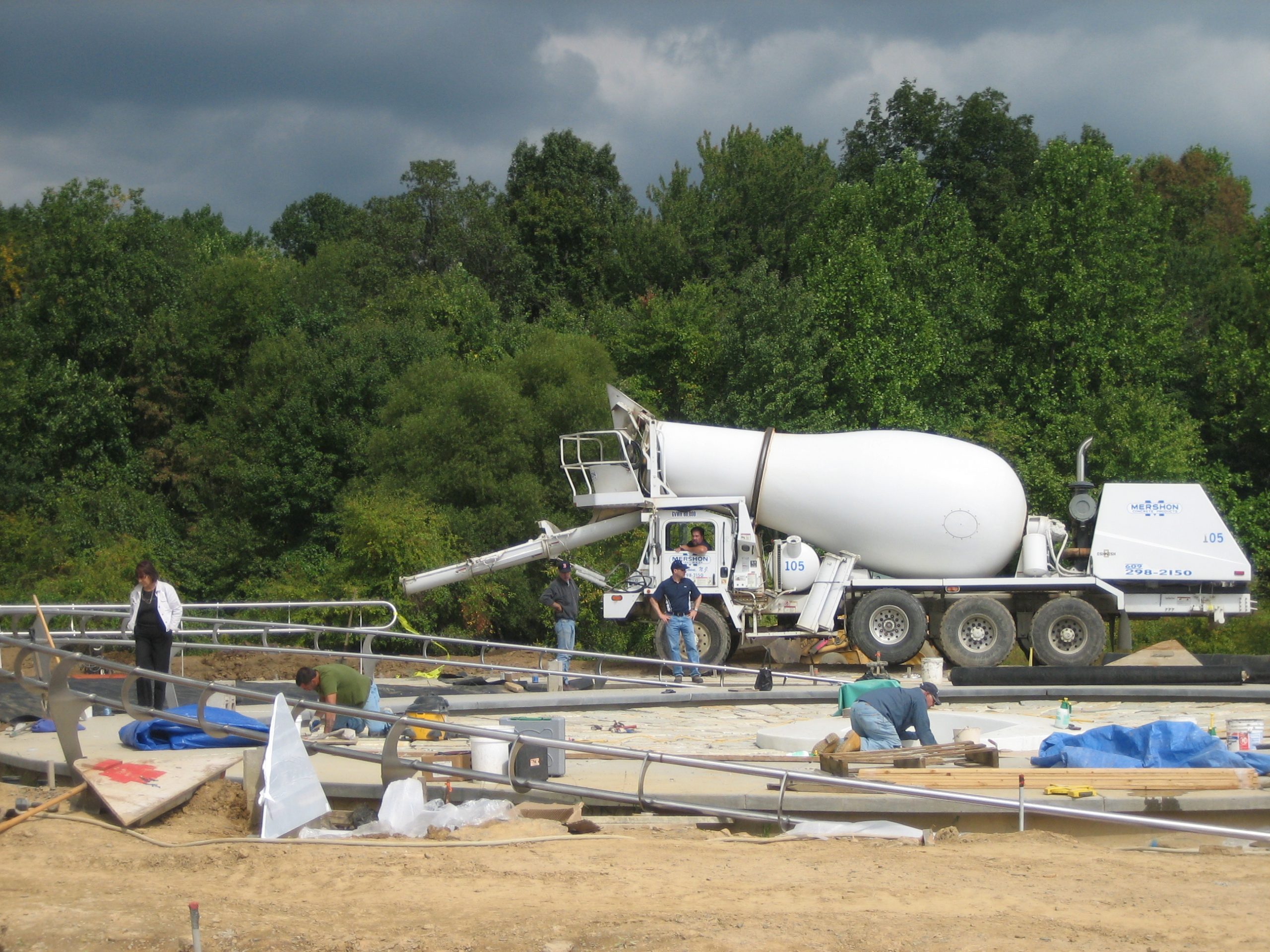 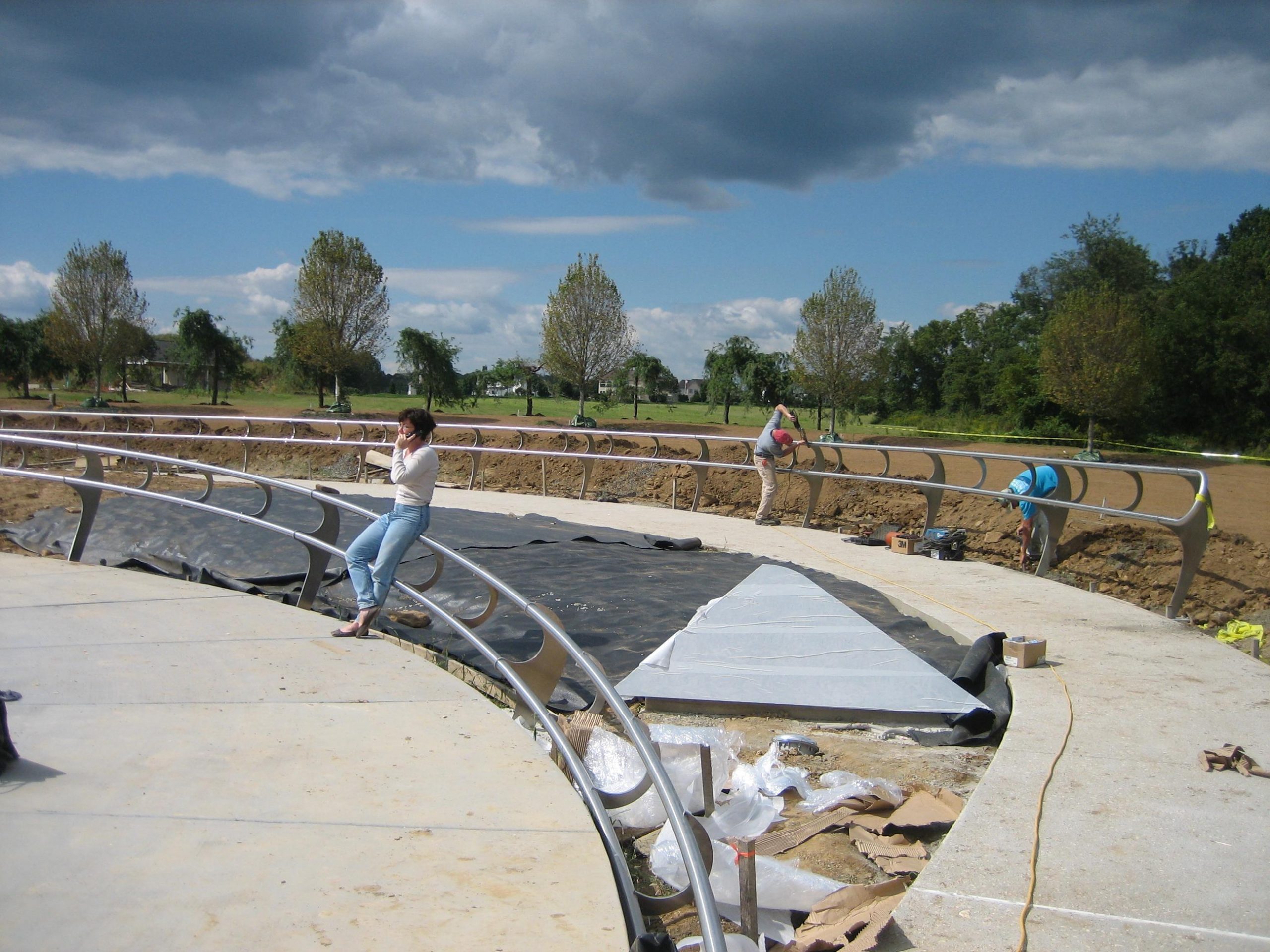 The Garden pathway crosses concentric undulating landforms representing the waves of change inflicted upon us.  It then leads to the journey’s central destination – the Heart of the memorial – a reflecting pool encircled by a railing with the seventeen names of the Bucks County victims etched in glass.  The circular shape of the pool symbolizes everlasting life and the soothing waters reflect peace.  The two recessed square voids at the core symbolize the footprints of the towers, while the ascending twin fountains rise as a metaphor for the soaring spirit of the victims.

The Garden of Reflection Committee approved and Lower Makefield Township contracted architect Liuba Lashchyk, AIA in the fall of 2003 to develop the memorial construction documents.  Ms. Lashchyk with a team of professional consultants completed the project documentation in the spring of 2005. 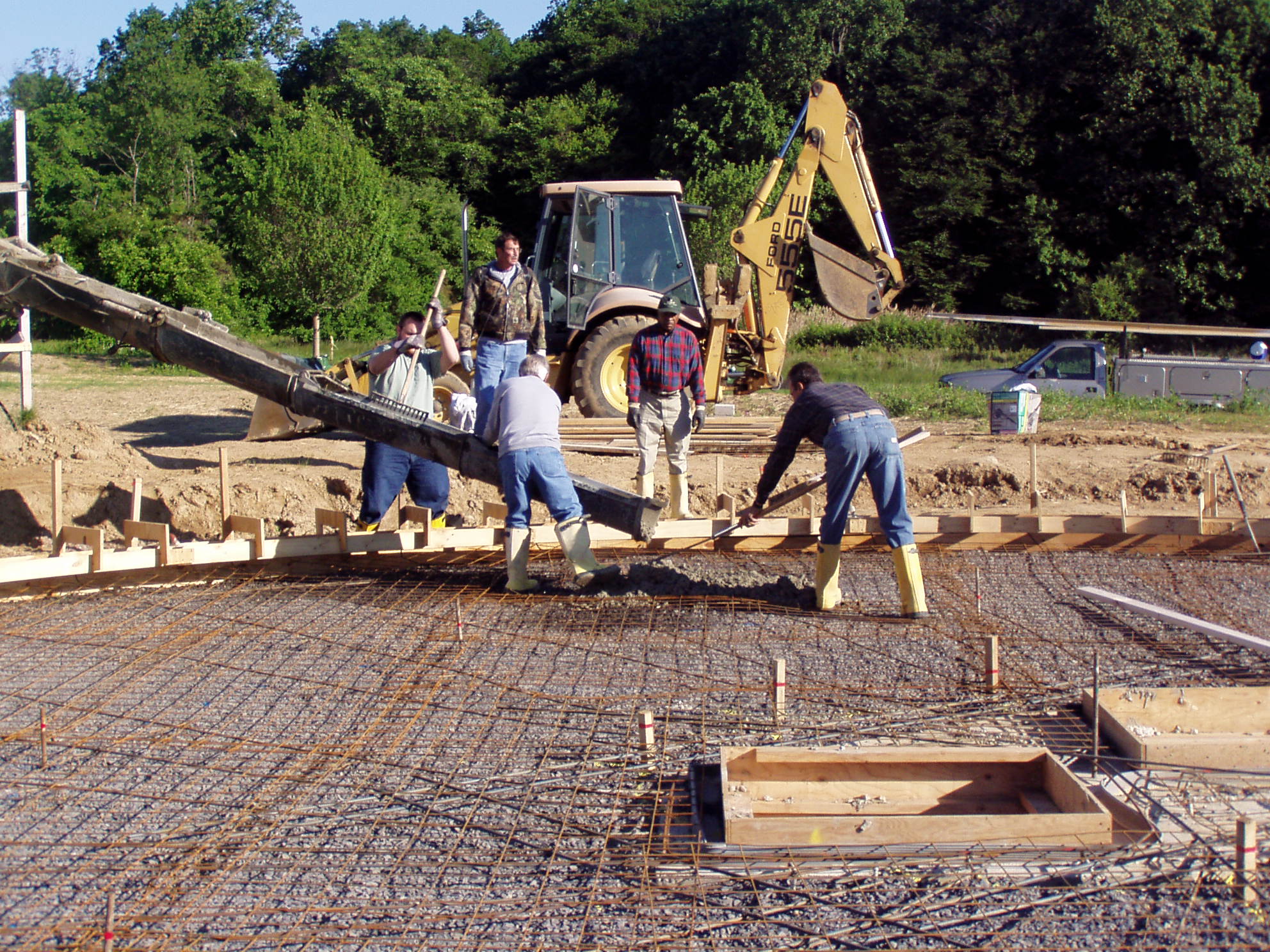 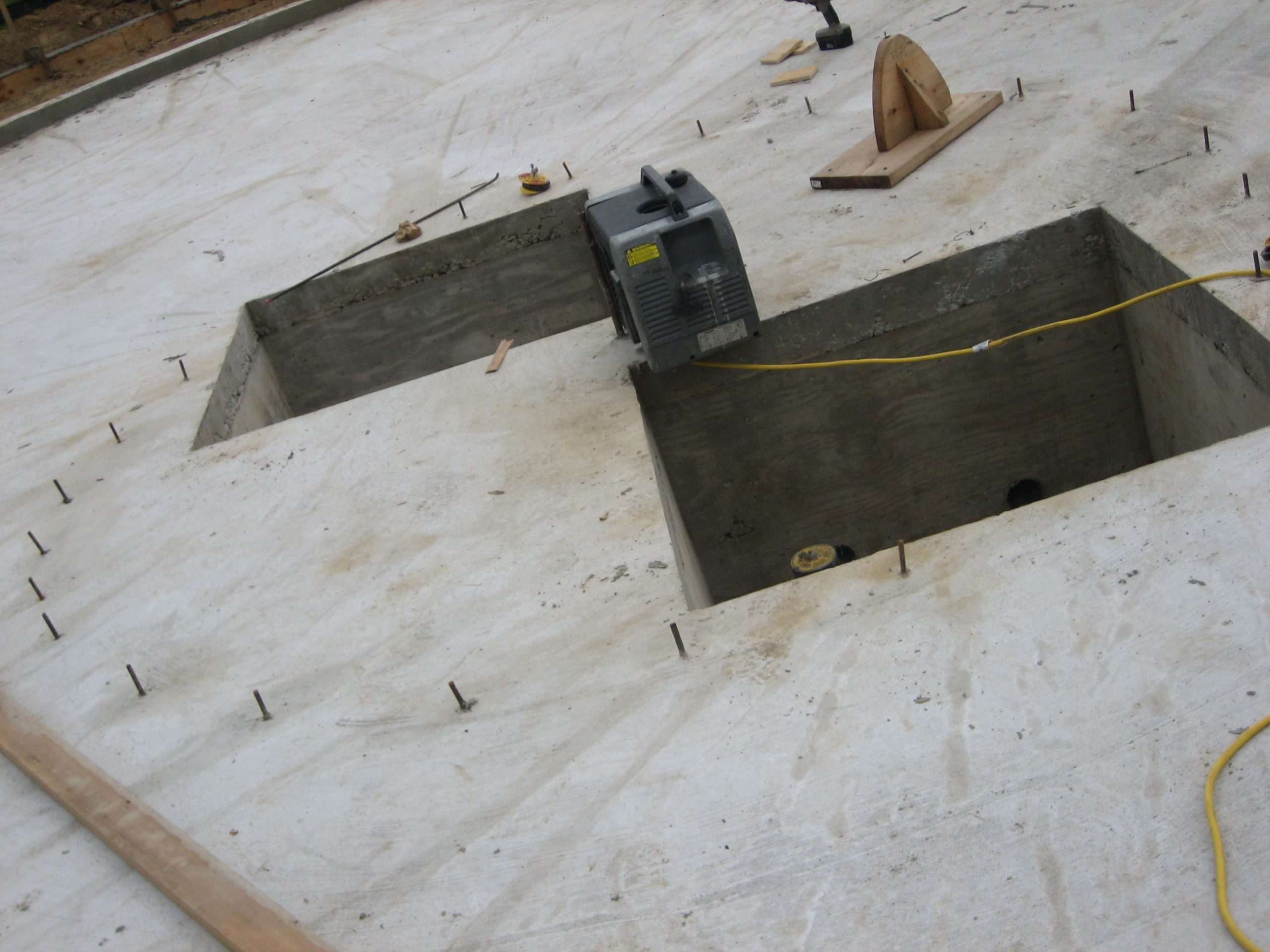 The Lower Makefield Township Board of Supervisors approved The Garden of Reflection project to go out for public bid at their meeting in May of 2005. The construction contract was awarded to the low bidder: Building Restoration, Inc, in the fall of 2005.  David Lee Biddle of Building Restoration Inc. commenced construction of the memorial in the spring of 2006 and brought to fruition the vision of The Garden in time for its official dedication on September 30, 2006. 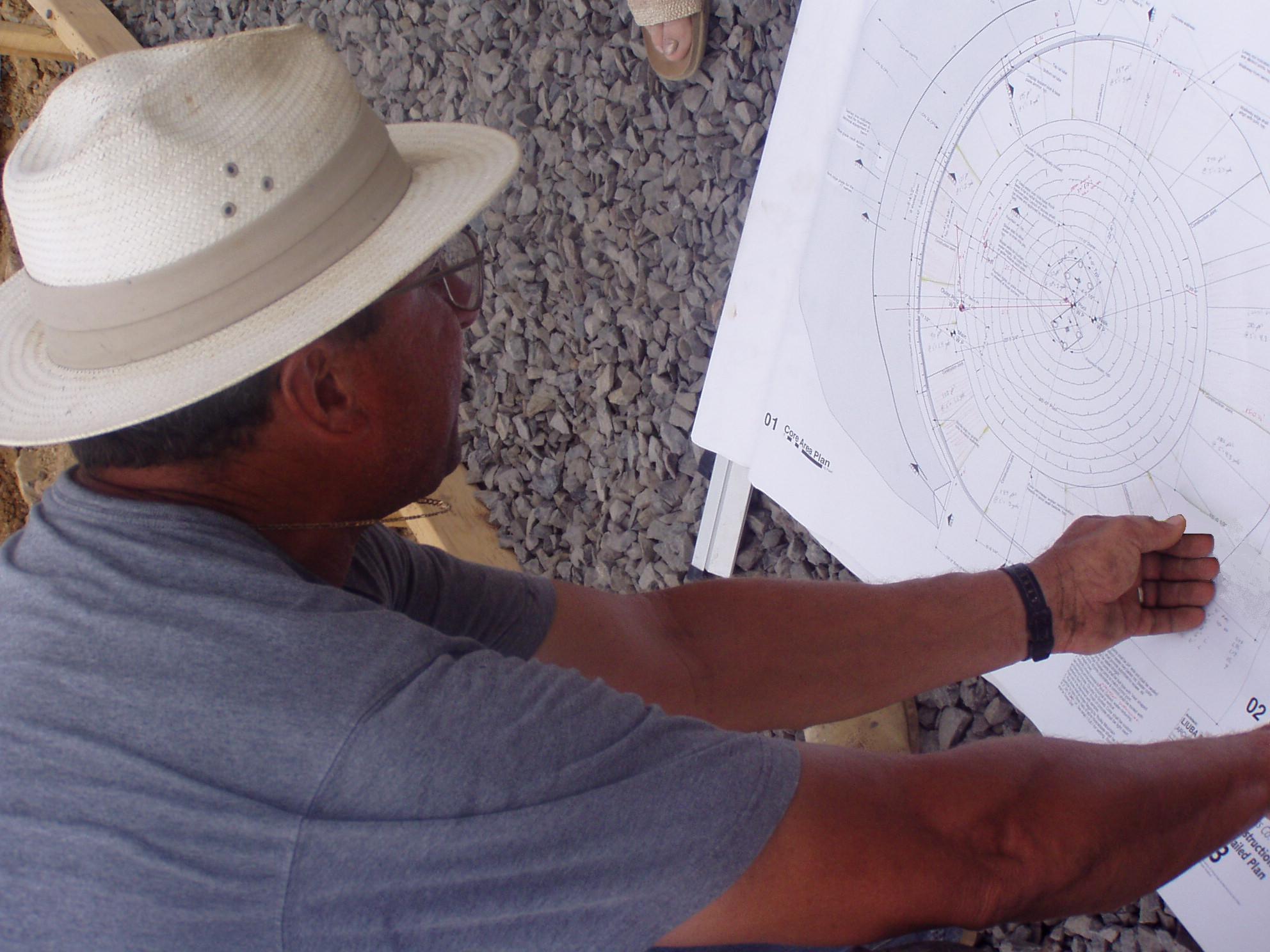 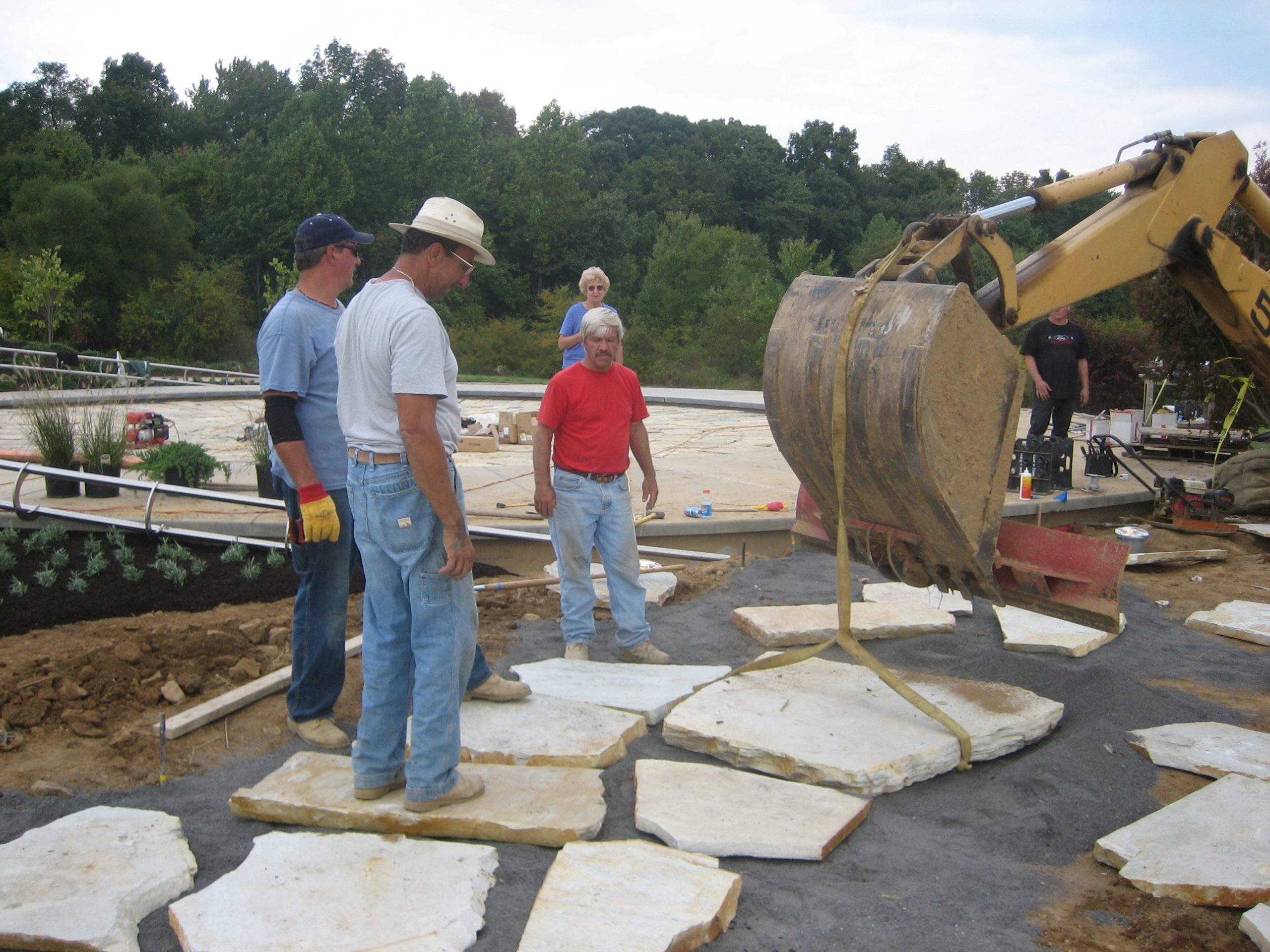 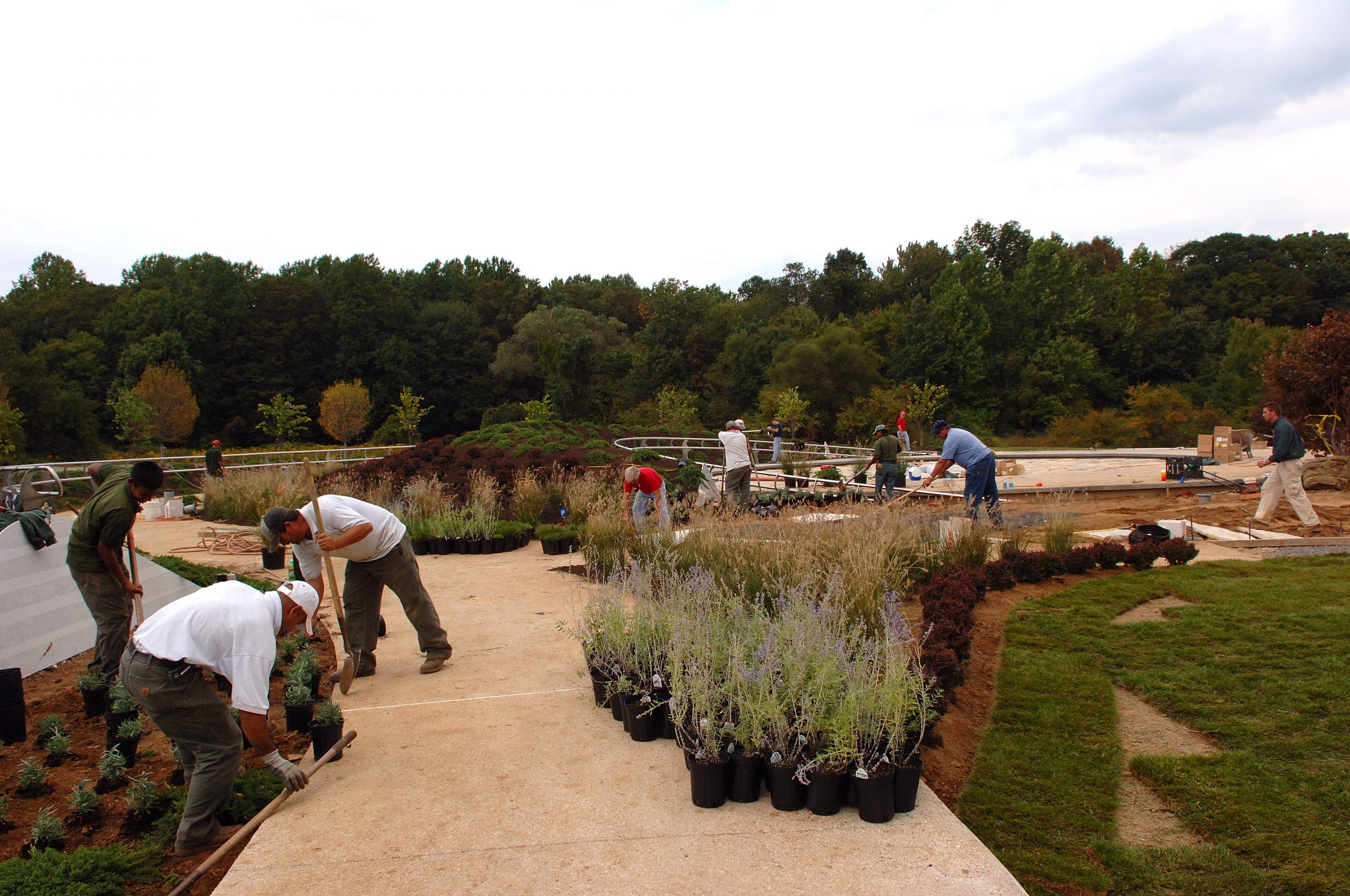 The Memorial Garden’s extensive landscape was made possible through the generous donations of plant material and labor from numerous landscaping companies. The major contributors were:

Dennis Wojcik of Trees Now, donated and planted the evergreen specimens around the perimeter walk;

Scott Lieb of Brickman donated the evergreens and shrubs along the Memorial Forecourt.

Dave Fleming of Shady Brook Farm donated the redbud massing groups on both sides of the main entrance.

William Miller of Ebinger Iron Works gave a generous in kind donation for materials for the memorial.

Mike Palmer of Toll Brothers donated construction materials and coordinated a group of local contractors who donated their labor to complete the Comfort Station. 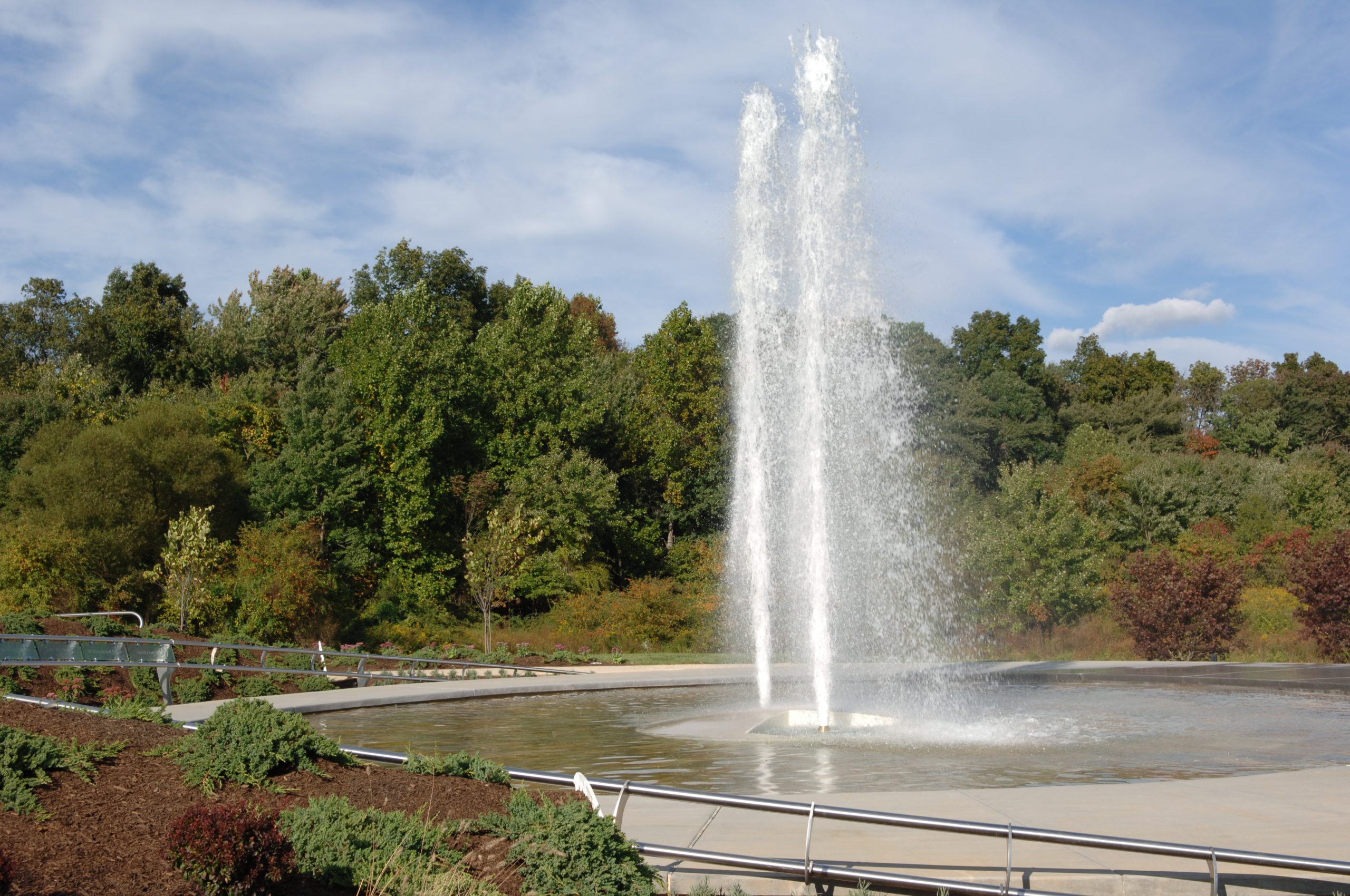 Funding for The Garden came from businesses, public and private entities, schools, youth groups and individuals and we are forever grateful.  Early on Sovereign Bank kicked off fundraising efforts with a generous donation of $60,000 followed by Senator Arlen Specter who obtained $89,600 in a Federal Grant. Congressman Mike Fitzpatrick, through his hard work and perseverance secured a Federal Grant in 2004 for $750,000 that enabled us to complete the construction of The Garden of Reflection for the 5th year anniversary of the attacks.  The $1.5 Million needed to build the memorial was raised by The Garden of Reflection Committee. This is testimony to what a small group of people can accomplish. 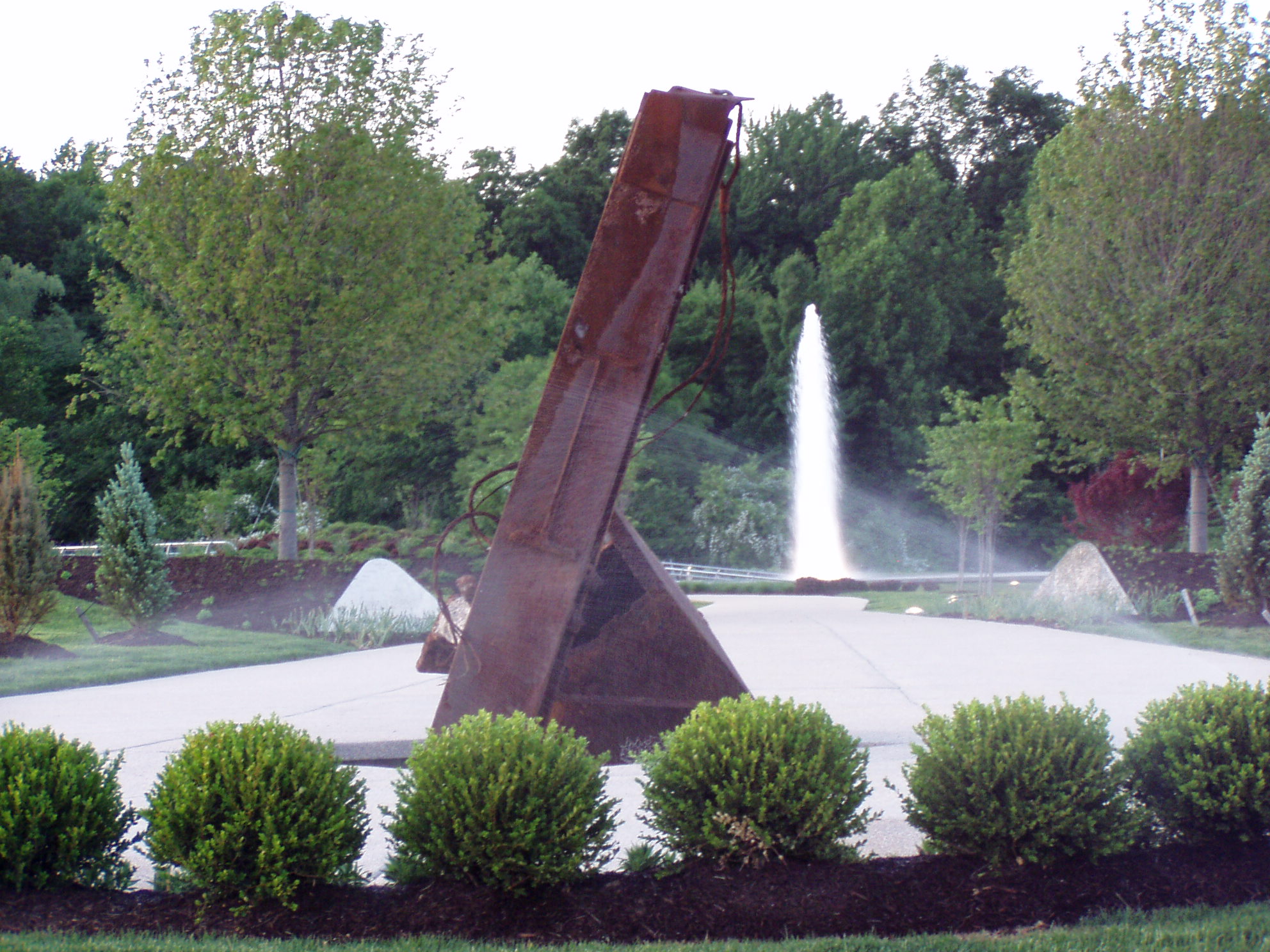 In 2002 spearheaded by then County Commissioner Mike Fitzpatrick, the Bucks County Government designated The Garden of Reflection as The Official Bucks County 9-11 Memorial. In July 2006 the Pennsylvania State House of Representatives and Senate passed a resolution sponsored by state representative Dave Steil, R-31 designating The Garden of Reflection in Lower Makefield as “The Official State Memorial to the Victims of the September 11, 2001 terrorist attacks”. No financial benefit to the memorial was included in the designation.